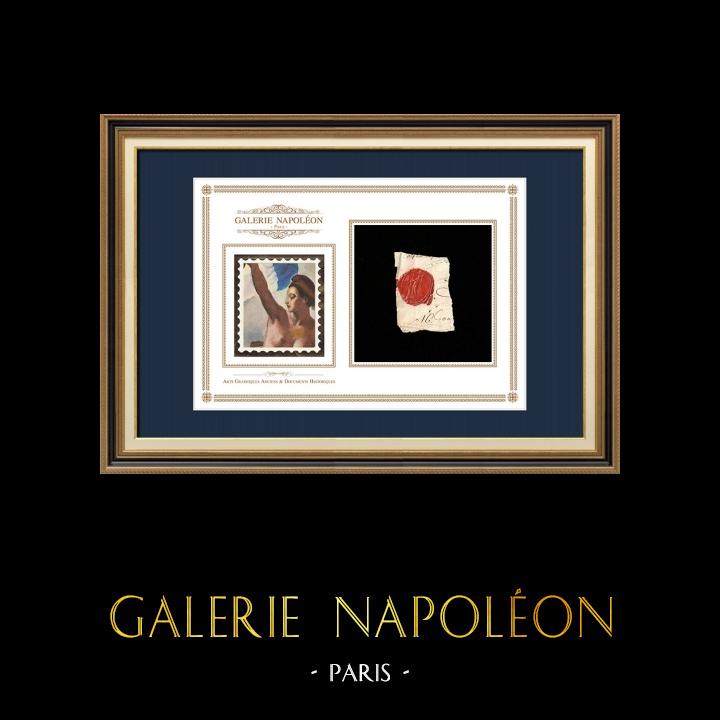 The Directory was the governing five-member committee in the French First Republic from 2 November 1795 until 9 November 1799.

On 27 July 1794, members of the Convention, revolutionary parliament of France, rose up against its leader Maximilien Robespierre, who was in the midst of executing thousands of suspected enemies of the Revolution. Robespierre and his leading followers were arrested on 28 July and guillotined the same day.

It is a gradual return of the bourgeoisie to power after the Terror. The Thermidorian Convention, last year of the National Convention, chose an eleven-member commission to establish a new constitution replacing that of Year I, deemed too democratic and assimilated to Terror. This commission includes all five Directors, Heads of Government, between whom the executive and ministers are divided. She will sit at the Luxembourg Palace. Established, inspired by the bourgeoisie, the regime re-established the censorship vote, which was used to elect the two legislative chambers, the Council of Five Hundred and the Council of Ancients. Elections were held from 12 to 21 October 1795 (20 to 29 venomial year IV).

During the Directory, France was continually at war with foreign coalitions, including Great Britain, Austria, Prussia, the Kingdom of Naples, Russia and the Ottoman Empire. He annexed Belgium and the left bank of the Rhine, while Bonaparte conquered much of Italy.

The elections of germinal of the year V (March-April 1797), in the troubled context of the attempt to overthrow the Directory led by Gracchus Babeuf (Conjuration of the Equals), displayed a great victory for the royalists. The Coup d'Etat of 18 fructidor an V (4 September 1797), was led by three of the five Directors (including Paul Barras) supported by the army, against the royalists who became the majority in the Council of Five Hundred and the Council of Ancients. The royal push is stopped and the repression is brutal. Many deputies and journalists, as well as Director Barthelemy, are deported to Guyana. In the executive branch, two directors are replaced by Republicans.

Sieyès wants to overthrow the Constitution of Year III. It can only be revised after 9 years. The coup d'état of the 18th brumaire of an VIII (9 November 1799), organized by himself and executed by Bonaparte, with the decisive help of his brother Lucien, marked the end of the Directoire and the beginning of the Consulate.

Bonaparte would then gradually gather more power by having himself named Premier Consul, then later Consul for life.

The Directory is an era of moral freedom exemplified by the Incroyables and Merveilleuses and the Directoire style, a fashion trend characterized by its extravagances, in response to the sadness that had spread terror. 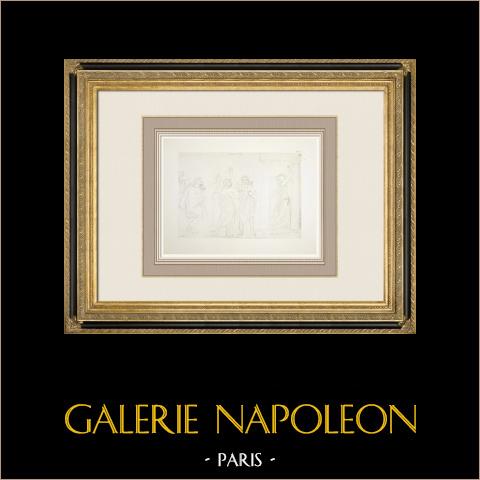 Online sale of a collection of 100 heliogravures 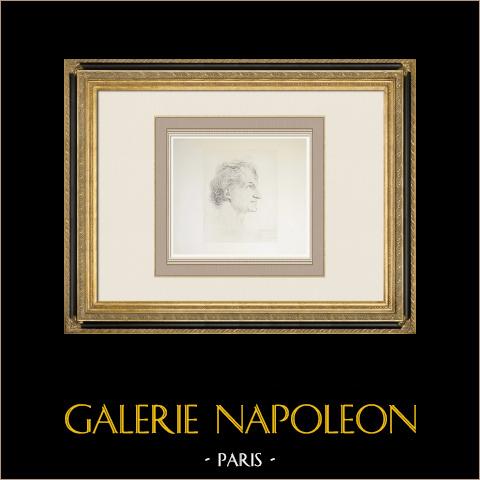 Online sale of a collection of 52 heliogravures 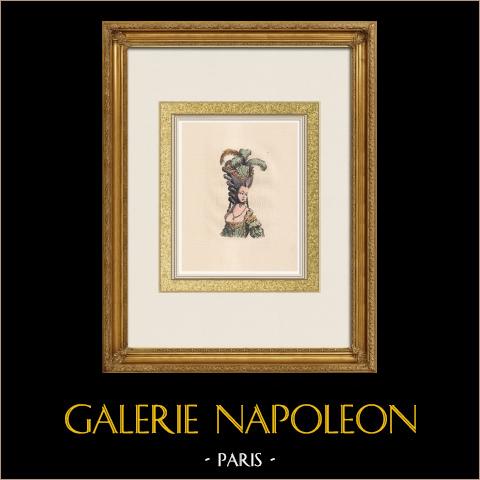 Online sale of a collection of 19 strong water etchings 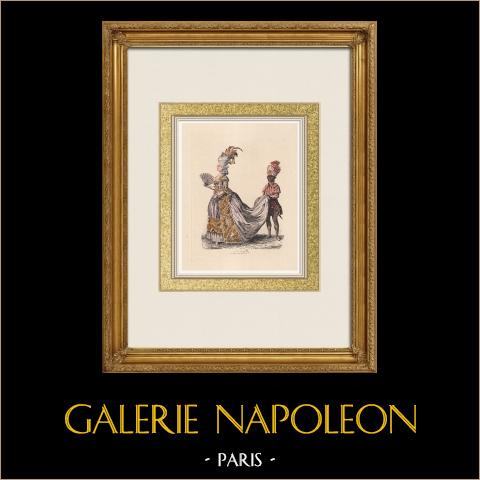 Online sale of a collection of 40 strong water etchings